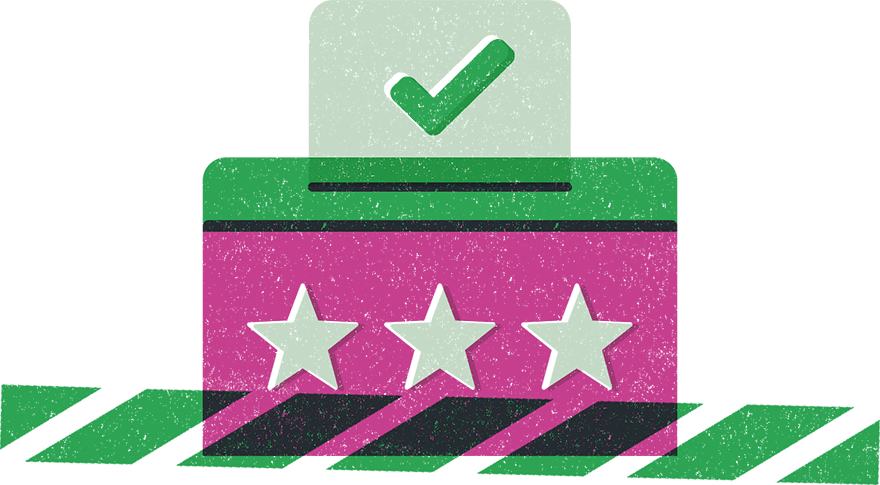 Has Your State Made It Harder To Vote?

In some, nearly every step of the voting process has changed since 2020.

By Elena Mejía and Alex Samuels

One consequence of former President Donald Trump’s “Big Lie,” or the false claim that the 2020 election was stolen, is that many states have changed voting laws in their states, making it harder to cast a ballot. In total, we found in our analysis of data from the Brennan Center for Justice, the Voting Rights Lab, the National Conference of State Legislatures and FiveThirtyEight’s own database that since the 2020 election, 24 states have passed 56 new laws that restrict voting, in some cases affecting nearly every step of the process.

Trump’s “Big Lie” fueled a vast amount of voting restrictions
The number of steps in the voting process targeted by restrictive voting laws passed since 2020, sized by the number of restrictions affecting each step

The number of restrictions signed into law in 2021 was unprecedented. In fact, according to the Brennan Center, the total number of restrictions shatters the previous record-high year, which was 2011, when 14 states enacted 19 laws by October of that year. In other words, depending on where you live, how you cast your ballot this year could be very different. That’s why here at FiveThirtyEight, we’re going to walk you through the new voting restrictions in each state and how they might affect you at each step of the voting process.

The first step in the voting process is registering to vote. Since the 2020 election, 17 states have taken steps to increase the frequency of voter roll purges, which could remove eligible voters from the registration list, often with little notice, and require voters to reregister or cast a provisional ballot when they arrive at their polling place. This is the case in Iowa, where voters are marked as inactive if they didn’t vote in the last general election and if they haven't registered again or reported a change to voter registration. Other states, like Montana, also took steps to make registration harder by ending Election Day registration. In total, there are 29 new laws in place that target voter registration.

North Dakota has no voter registration.

While some states conduct elections mostly or entirely by mail, other states rely on more of a mix of in-person and absentee voting. In 2020, though, given the pandemic, absentee voting, especially with mail-in ballots, was really popular. In fact, it helped clinch President Biden’s victory in 2020. But as a result, a number of states have passed laws that restrict people’s ability to vote by mail. For instance, GOP-led states like Georgia, Texas and Iowa now prohibit mailing absentee ballot applications to voters who haven’t requested one. In total, there are 14 new laws in place that make it harder to apply for an mail-in ballot.

Deadlines to request a mail ballot are not specified by law in North Dakota and Mississippi.

Some states have also tweaked existing deadlines for when absentee ballots need to be returned, giving voters less time to fill out their forms and return them to the appropriate election officials. In Arkansas, for instance, absentee ballots must now be received the Friday before Election Day (the deadline was previously the day before the election). Other states, like Kentucky and Texas, have restricted or criminalized the practice of returning absentee ballots on behalf of someone else, a practice sometimes referred to as “ballot harvesting.” In total, there are 14 new laws in place that have made returning an absentee ballot more difficult.

There isn’t a receipt deadline by which ballots have to be received in Washington; any ballot received after the election postmarked before Election Day counts.

One of the biggest changes to early voting is new restrictions on when voters can actually cast their ballots. Some states passed laws limiting the number of days people could vote early in person. In Kentucky, for instance, county clerks could offer early in-person voting in 2020 as many as 12 days out from the election, but now it’s limited to just the Thursday, Friday and Saturday before an election. Additionally, a handful of states now have new or more stringent identification requirements for those who want to vote early. In total, there are 14 new laws in place that make early voting more challenging.

But not every voter can cast his or her ballot early. Instead, many vote in-person on Election Day. And there are three major ways states targeted Election Day voting post-2020: by introducing stricter voter ID laws, placing additional restrictions on polling places and limiting the accessibility of voting. In Texas, for instance, voting from cars or curbside voting is now banned for people without a disability, which eliminates a pandemic-era change that allowed thousands of voters to cast their ballots in one of the state’s most populous counties. Additionally, any person assisting a Texan voting in person must fill out new paperwork disclosing their relationship to the voter. In total, there are 14 new laws in place that introduce hurdles to voting in-person on Election Day.

Casting a ballot doesn’t necessarily mark the end of the voting process. In some states, there are extra steps that take place after voting in order to verify that the person who cast a ballot is the intended voter, and that, too, has gotten more difficult after 2020. Officials, for instance, may reject ballots that do not meet certain verification requirements as is the case in Indiana, where a new law mandates that county election boards, or the absentee board members in the office of the circuit court clerk, compare the signature of the voter on the absentee ballot with the signature on the absentee-ballot application, the electronic poll book or on file. In total, there are 16 new laws in place that change the ballot verification process. Some states — though not all — do allow voters to fix mistakes on their ballot via a process known as “ballot curing.” Even the states that allow voters to fix errors have passed laws that make it more difficult to do so, like Nevada, which shortened the length of time in which voters can fix errors on ballots.

As we’ve written before, though, it’s challenging at this point to see whether even the most stringent election laws will have a large-scale effect on turnout or which party wins and where. Rather, it’ll be the effect on everyday citizens that matters most when assessing how voting has gotten harder. We don’t know, for instance, whether a handful of voters or thousands of voters will be deterred — or unable to — cast a ballot in states with these new anti-democratic voting measures in place. On the whole, though, voting in this year’s elections will look different from previous cycles. It’s possible, too, that there are more restrictions on the horizon: As long as belief in the “Big Lie” remains a central component of Republican fealty to Trump, lawmakers will continue to push measures that add additional hurdles for voters as a tool to win elections.

The list of restrictive voting laws was collated using data from The Brennan Center for Justice, the Voting Rights Lab, the National Conference of State Legislatures and Legiscan. It’s limited to any laws enacted in the 50 states since Jan. 1, 2021, that place new limitations or restrictions on the voting process. We did not include any laws that are simply rolling back voting rights expansions enacted in 2020 in response to the COVID-19 pandemic. All categorizations are based on our readings of the legislative text, and are discretionary.